Each Cloud has its own snapshot approach. ##VMware VMware started this snapshot idea, while they used similar concept as what Google does, but in a less efficient way. When user delete a middle snapshot, the following snapshots won’t shrink, is more like a time freezer, it freezes the vm state at that snapshot moment.

User can do instance backup or volume backup. Instance Backup is using Glance to make current instance as image and store in the image repo. Volume Backup is using cinder feature to backup volumes. For example, if uderlay is running ceph-rdb, then cinder will use ceph’s backup function to make a volume backup. The snapshot strategy is same as Google and AWS, so I’ll use Goolg’s explaination below.

Google’s approach to managing snapshot is standard Cloud snapshot approach on the market. 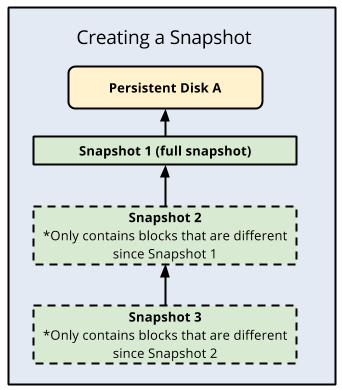 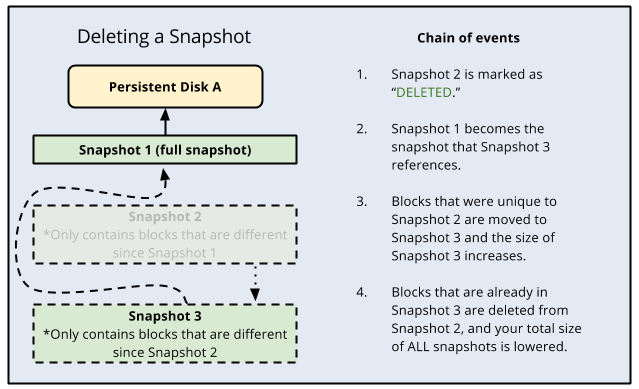